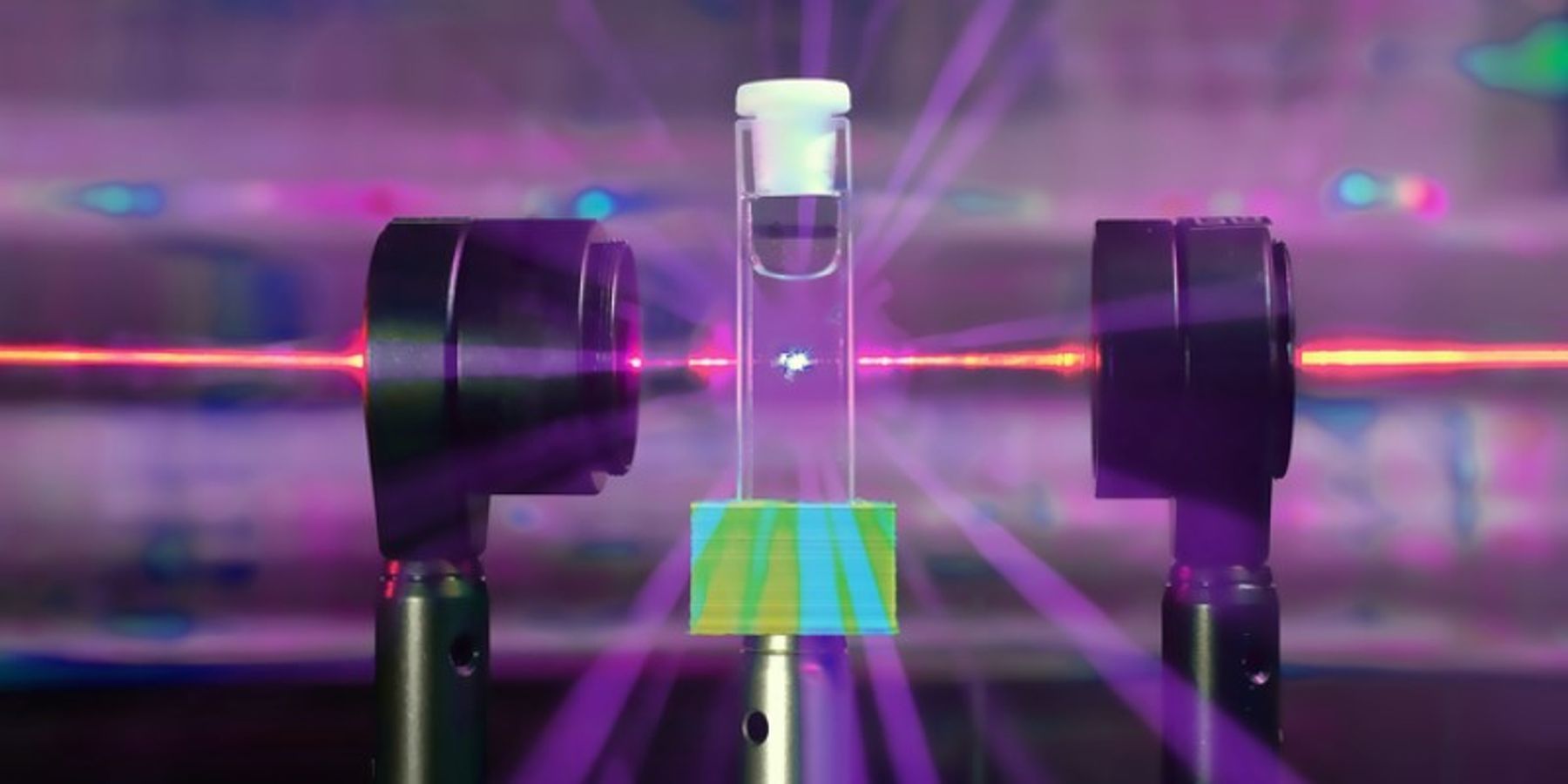 Physics researchers at the University of Bath in the UK discover a new physical effect relating to the interactions between light and twisted materials—an effect that is likely to have implications for emerging new nanotechnologies in communications, nanorobotics, and ultra-thin optical components.

In the 17th and 18th centuries, the Italian master craftsman Antonio Stradivari produced musical instruments of legendary quality, and most famous are his (so-called) Stradivarius violins. What makes the musical output of these musical instruments both beautiful and unique is their particular timbre, also known as tone color or tone quality. All instruments have a timbre—when a musical note (sound with frequency fs) is played, the instrument creates harmonics (frequencies that are an integer multiple of the initial frequency, i.e., 2fs, 3fs, 4fs, 5fs, 6fs, etc.).

In both musical instruments and shiny materials, some frequencies are “forbidden”—that is, they cannot be heard or seen because the instrument or material actively cancels them. Because the clarinet has a straight, cylindrical shape, it supresses all of the even harmonics (2fs, 4fs, 6fs, etc.) and produces only odd harmonics (3fs, 5fs, 7fs, etc.). By contrast, a saxophone has a conical and curved shape that allows all harmonics and results in a richer, smoother sound. Somewhat similarly, when a specific type of light (circularly polarized) shines on metal nanoparticles dispersed in a liquid, the odd harmonics of light cannot propagate along the direction of light travel and the corresponding colors are forbidden.

Now, an international team of scientists led by researchers from the Department of Physics at the University of Bath have found a way to reveal the forbidden colors, amounting to the discovery of a new physical effect. To achieve this result, they “curved” their experimental equipment.

Professor Ventsislav Valev, who led the research, said: “The idea that the twist of nanoparticles or molecules could be revealed through even harmonics of light was first formulated over 42 years ago, by a young PhD student—David Andrews. David thought his theory was too elusive to ever be validated experimentally but, two years ago, we demonstrated this phenomenon. Now, we discovered that the twist of nanoparticles can be observed in the odd harmonics of light as well. It’s especially gratifying that the relevant theory was provided by none other than our coauthor and nowadays well-established professor—David Andrews!

To take a musical analogy, until now, scientists who study twisted molecules (DNA, amino acids, proteins, sugars, etc) and nanoparticles in water—the element of life—have illuminated them at a given frequency and have either observed that same frequency or its noise (inharmonic partial overtones). Our study opens up the study of the harmonic signatures of these twisted molecules. So, we can appreciate their ‘timbre’ for the first time. From a practical point of view, our results offer a straightforward, user-friendly experimental method to achieve an unprecedented understanding of the interactions between light and twisted materials. Such interactions are at the heart of emerging new nanotechnologies in communications, nanorobotics, and ultra-thin optical components. For instance, the ‘twist’ of nanoparticles can determine the value of information bits (for left-handed or right-handed twist). It is also present in the propellers for nanorobots and can affect the direction of propagation for a laser beam. Moreover, our method is applicable in tiny volumes of illumination, suitable for the analysis of natural chemical products that are promising for new pharmaceuticals but where the available material is often scarce.”

PhD student Lukas Ohnoutek, also involved in the research, said: “We came very close to missing this discovery. Our initial equipment was not ‘tuned’ well and so we kept seeing nothing at the third-harmonic. I was starting to lose hope but we had a meeting, identified potential issues and investigated them systematically until we discovered the problem. It is wonderful to experience the scientific method at work, especially when it leads to a scientific discovery!”

Andrews added: “Professor Valev has led an international team to a real first in the applied photonics. When he invited my participation, it led me back to theory work from my doctoral studies. It has been amazing to see it come to fruition so many years later.”