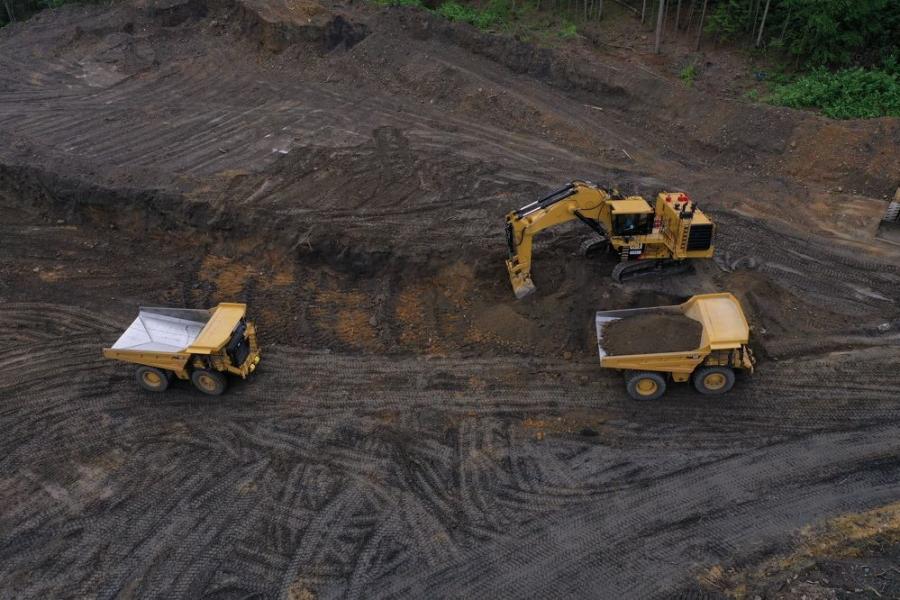 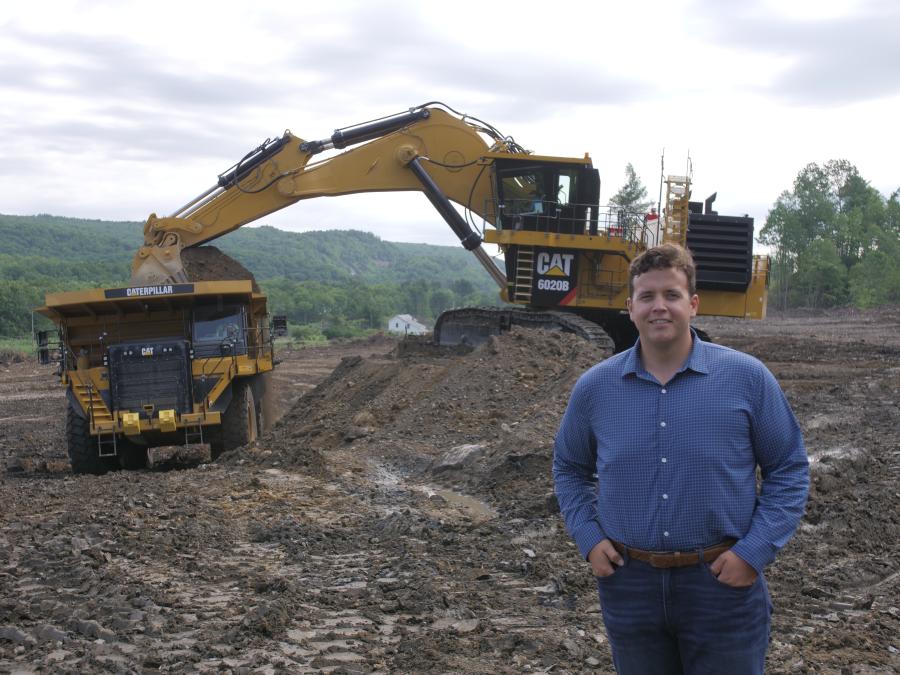 “We decided to go with the 6020B for a multitude of reasons, but mainly for its efficiency and agility at this particular mine,” said Vice President of Project Management and Logistics William Rich.

Reading Anthracite is a coal mining company based in Pottsville, Pa., with origins dating back to 1871 when its predecessor, the Philadelphia and Reading Coal and Iron Company was chartered. It mines high-quality, multi-grade hard coal products — but specifically, it mainly mines anthracite coal in the Coal Region of eastern Pennsylvania. Reading has been the leading producer of anthracite coal in the United States for the past century and a half, according to Rich.

There are not a lot of 6020Bs in North America, but Steve Heckman, southwest regional sales manager of Cleveland Brothers, said Cat had one in stock.

“Reading is a longtime customer,” he said, “but this is the first new Cat machine they’ve purchased since 2007. They buy a lot of used equipment: dozers, trucks … this is a big investment for a big project they’re developing — stripping overburden to expose coal.” 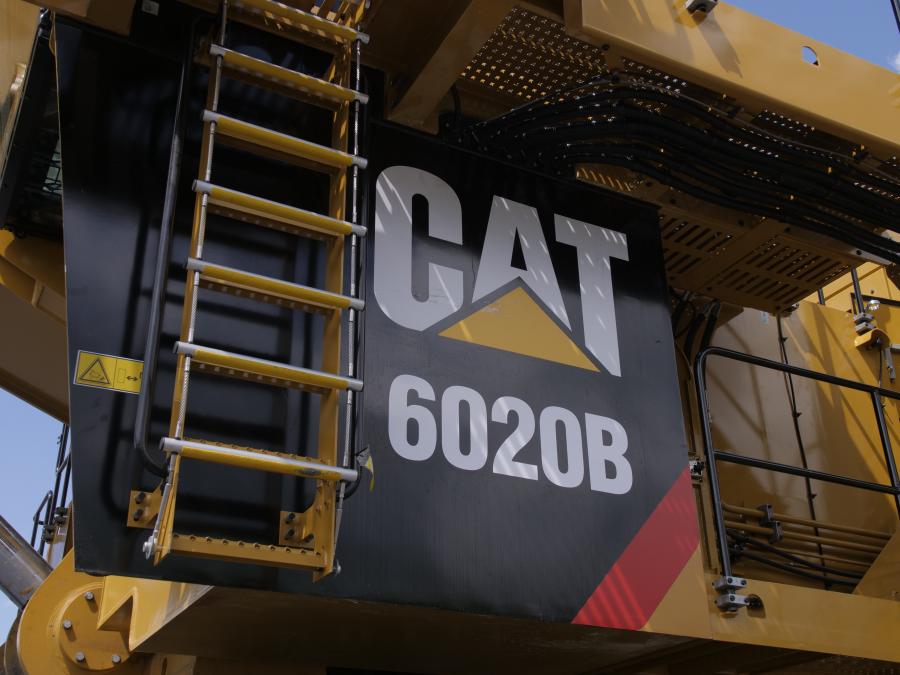 Heckman said there’s a “good seam of coal” that should last for decades. “There are small pockets of anthracite in northeast Pennsylvania — the most outside of Russia. Coal is coming back,” he added.

Popular for power generation because it burns clean and for processing steel because of its high carbon content, he said anthracite is also commonly used for heating. “There’s big demand for it … and so there’s a lot of interest in the equipment.”

The 6020B features a Cat C32 engine that produces 1,043 hp. It has a bucket capacity of 15.7 yds. and an operating weight of 247 tons. It boasts 10 percent more productivity than other shovels in the 200-metric-ton class, along with 25 percent more efficiency, according to the manufacturer.

After purchasing the 6020B, Rich said the equipment was delivered by early May and operational in late May. Transporting it required a 10-truckload unit. Assembly took five technicians nine days. Two 90-ton cranes assisted with assembly, Heckman said, adding that the shovel “holds a tankerful of hydraulic fluid” and has “a lot of places to grease.”

But the 6020B makes up for that with efficiency and productivity. There is no wasted time, Heckman said, and very little downtime. “It has a 1:20-minute cycle time. It takes just four buckets to load the truck.”

Rich said Reading has begun developing the Pine Knot site, using the 6020B and the 777Gs.

“So far, we are impressed with the machine and pleased to say that development is progressing according to plan.” 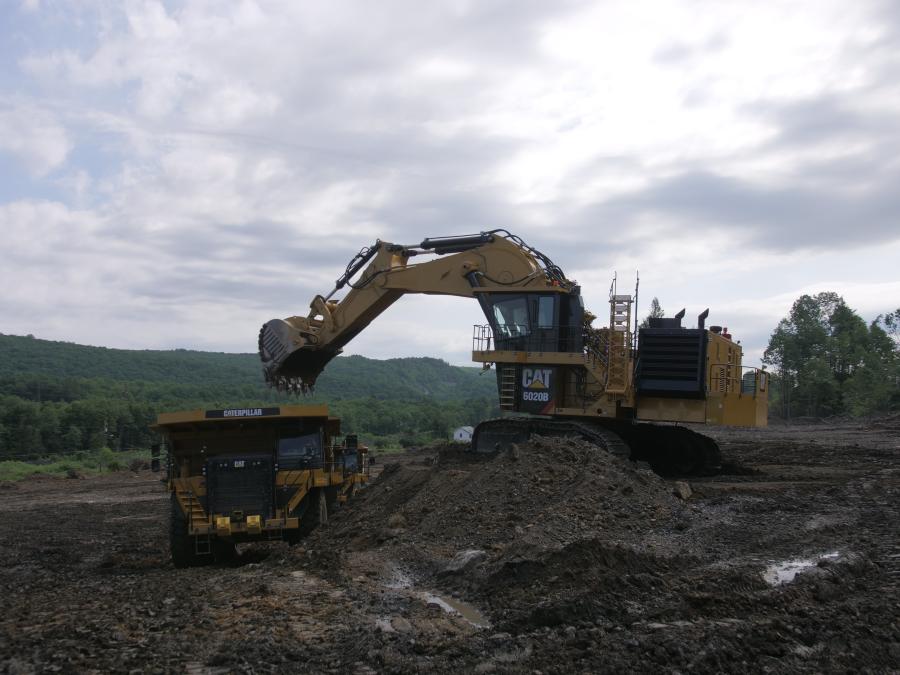 He believes that by adding the combination of the 6020B and 777Gs to the Pine Knot job site, they will be able to significantly increase production for years to come.

Throughout the project, he said he’ll be relying on support from Cleveland Brothers, who initially sent its staff trainer to train Reading’s operator on the machine, and who also looked at the design, blueprints and jobsite studies to ensure that the 6020B was the right machine, because they anticipate it will see 1,500 hours of use a year.

In addition to providing training on the equipment, Cleveland Brothers offered insight on how to maximize efficiency on the new equipment to make sure Reading gets the most out of the machines and the site.

“The level of support that is provided by their service technicians, salesmen and ownership has been second to none,” Rich said. “We have a great relationship with [them].” CEG