Pro-fossil fuel ads were viewed more than 431 million times on Facebook’s (FB) US platforms in 2020 alone, a report released Thursday by InfluenceMap found.

Despite that vast reach, the oil-and-gas industry spent just $9.6 million on the ads, according to InfluenceMap, a think tank focused on energy and climate change.

“The oil and gas industry is using a more sophisticated playbook to undermine climate action, which involves the use of more subtle and nuanced messaging tactics,” the report found.

Out of the 25 organizations InfluenceMap studied, the biggest users of paid ads on Facebook’s US platforms were ExxonMobil (XOM) and the American Petroleum Institute, the industry’s powerful trade group. Exxon and the API accounted for a staggering 62% of the ads analyzed by researchers.

“The assertions made are deliberately misleading and completely without merit,” Exxon said in a statement to CNN Business. “We believe that sound public policy is achieved when a variety of informed voices participate in the political process. For these reasons, ExxonMobil exercises its right to support and participate in policy discussions.”

The API said in a statement to CNN Business that its “work to inform the debate” is grounded in and validated by government and independent studies.

“Our energy literacy posts on social media are a fraction of the robust investments our companies are making every day into breakthrough technological research to shape a lower carbon future — efforts like methane capture, hydrogen, carbon sequestration and others,” wrote Megan Bloomgren, senior vice president at the API.

The report comes as Facebook remains under pressure for its role in the spread of misinformation, including lies about the 2020 election.
It’s also just a week after a senior Exxon lobbyist appeared to reveal in an undercover video how the oil company uses its political muscle to undercut climate action. Exxon CEO Darren Woods condemned and apologized for the comments that were caught on tape.

InfluenceMap found a sharp jump in spending on Facebook ads in the United States from fossil fuel groups on July 15, 2020 — the day after then-candidate Joe Biden announced his $2 trillion climate plan. Biden’s proposal called for ending power plant emissions by 2035 and a sharp reduction in fossil fuel consumption to fight the climate crisis.

“The industry is using social media strategically and deploying its ads at key political moments,” the InfluenceMap report said.

The ads avoided outright climate denial. Instead, the messages sought to “prolong the use of oil and gas” through more nuanced messaging tactics, the researchers found.

One strategy employed in the ads was to link the use of oil and gas to maintaining a high quality of life. Another tactic was to draw attention to voluntary steps the industry has taken on climate change.

The report identified 6,782 ads promoting natural gas as “clean or green” — and pointed out that none of them were removed by Facebook as misinformation or misleading content. 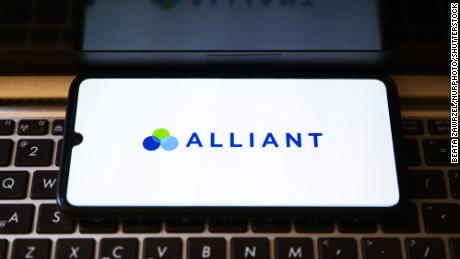 In response to the report, a Facebook spokesperson pointed out that fossil fuel ads are not exclusive to social media.

“While ads like these run across many platforms, including on television networks such as CNN, Facebook offers an extra layer of transparency by requiring them to be available to the public in our Ad Library for up to seven years after publication,” the Facebook spokesperson said in a statement.

Facebook added that the company does reject ads when an independent fact-checking partner rates them as false or misleading.

A Facebook spokesperson said the company rejected multiple pro-fossil fuel ads because they were run without proper political ad authorization, adding that those responsible have faced restrictions as a result.

The researchers said presenting natural gas as a low-carbon fuel source “disguises” the fact that it is mostly made up of methane — a greenhouse gas that is much more potent than carbon dioxide at trapping heat in the atmosphere.
That’s why the International Energy Agency said in May that the world needs to stop drilling for oil and gas right now to prevent a climate catastrophe.

“Presenting fossil gas as a low-carbon fuel has increasingly been targeted by regulators as a misleading claim,” the report said, pointing to how in 2019 UK advertising regulators issued a warning to Equinor based on that same argument.

However, it is worth noting that not long ago natural gas was viewed by many as a bridge fuel that would ease the transition away from coal. For years, the Obama-Biden administration was supportive of natural gas as a cleaner alternative. 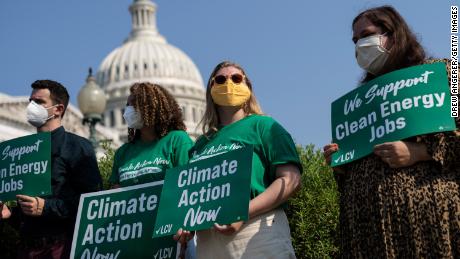 In its statement to CNN Business, the API noted that the United States produces, transports and distributes natural gas while meeting some of the highest environmental standards in the world.

“Coal-reliant economies worldwide consistently turn to natural gas as a cleaner fuel source, enabling the U.S. to export climate progress while strengthening our national security and supporting our economy,” the API’s Bloomgren said.

Exxon described natural gas as a “versatile, abundant fuel” that helped to contribute to lower US emissions since 2000. The company pointed out that many countries and states have included a shift to natural gas as part of their carbon-reduction programs.

Democratic Rep. Ro Khanna, chairman of the Environment Subcommittee of the House Committee on Oversight and Reform, slammed the oil-and-gas industry over the findings in the report.

“For decades, fossil fuel companies have misled the public, to regulators, and to Congress about the true danger posed by their products,” Khanna said in a statement to CNN Business. “This report proves our knowledge that the industry’s disinformation campaign is alive and well.”

Khanna reiterated that he plans to ask the CEOs of Exxon, Chevron (CVX) and other fossil fuel companies to testify before his subcommittee in the coming months. 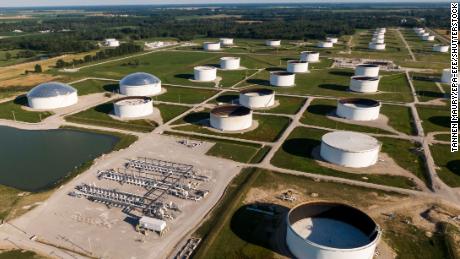 InfluenceMap pointed out that Facebook (FB) continues to receive ad revenue from the oil and gas industry even though the social media company has publicly committed to supporting efforts to fight climate change.

Though Facebook received $9.6 million in revenue for the fossil fuel ads covered in the report, the researchers said the true figure is likely higher.