This European Lithium profile is part of a paid investor education campaign.*

As the global push to halt climate change gains momentum, the European Commission is looking to regionalize the battery supply chain to capitalize on the rapid electric vehicle (EV) growth and limit its dependency on other countries through heavy investment and policy changes. The European EV segment of the auto market has doubled from 5.7 percent to 11.9 percent in 2020 alone, despite the pandemic.

Even though Europe is one of the largest global producers of motor vehicles, it does not have a local supply of lithium hydroxide which is heavily used in EV battery technology. As a result, the European Commission has backed support into lithium production. According to experts, the market is set to move into a structural deficit of lithium from 2025 onwards as demand for lithium outpaces supply.

One company that aims to become the first local lithium supplier into an integrated European battery supply chain is European Lithium (ASX:EUR,FRA:PF8), a mining exploration and development company focused on exploring, identifying and acquiring lithium in Europe. The company is led by a management team with decades of experience and success in the mining and finance markets.

“Our aim is to be the first supplier of lithium from Europe, for Europe,” European Lithium Chairman Tony Sage said.

The company’s sole focus is on its wholly-owned Wolfsberg Lithium project located in Carinthia, Austria. The pre-existing mine is located in a mining-friendly region with multiple mineral discoveries in the surrounding area. The property features a high-grade lithium resource at an average grade of 1 percent of lithium hydroxide, with a total resource of 10.98 million tonnes based on measured, indicated and inferred. 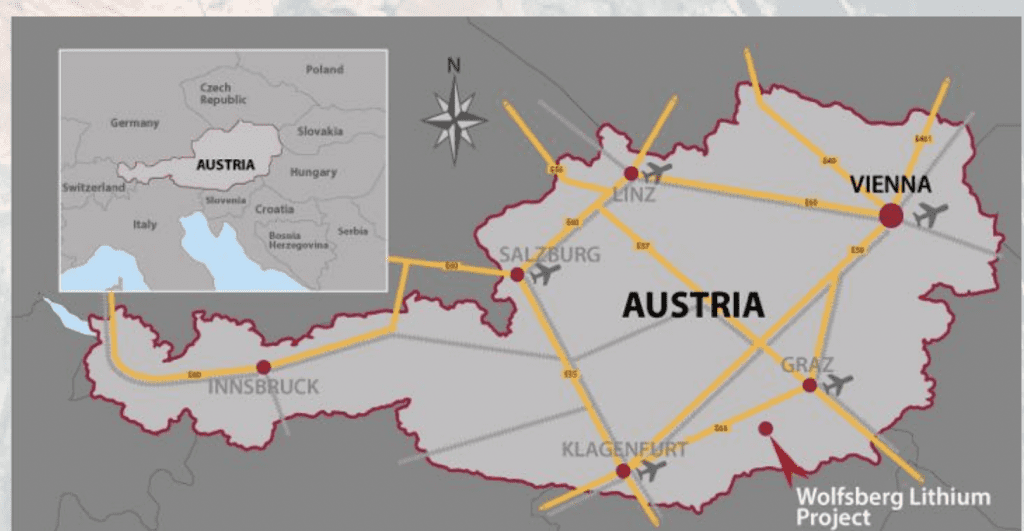 The Wolfsberg Lithium project resource has the potential to double based on positive drill results in another zone on the property. The property has the potential to deliver total revenue upwards of US$1.6 billion based on the pre-feasibility study (PFS). The net present value of the resource is US$339.4 million based on the PFS but is expected to increase upon the results of the detailed definitive feasibility study (DFS). Additionally, the company believes it can also extend the mine life beyond its current 10 years of estimated life up to 12 to 15 years to support value creation.

European Lithium seeks to increase shareholder value through several strategic partnerships aimed at fast-tracking the development of its Wolfsberg Lithium project. This includes a partnership with KMI for liaising with Austrian authorities.

The company has commissioned Dorfner Anzaplan with the construction of the pilot plant, which it has already completed on schedule. Anzaplan is also overseeing the completion of metallurgical test work on bulk ore extractions.

This testing has had significantly higher recovery rates at the start of production as opposed to only assessing metallurgical data from the core as other mining companies often do, which has allowed European Lithium to successfully streamline the refinement process.

The company has support from the European Battery Alliance and other government initiatives, believing it has the potential to become a major, first-to-market producer of lithium in Europe. The company also remains committed to clean production in an effort to support sustainability.

Based on the definitive feasibility study (DFS), the company plans to begin the permitting process of its Wolfsberg Lithium project and prepare the mining plan for the Mining Authority to authorize the mine and concentrator construction. Afterward, the company will determine the approval requirements of the carbonate hydroxide conversion plant with EIA and then initiate the final financing plan.

Currently, there are advanced-stage discussions regarding offtake agreements as well as discussions with several European institutions to progress project financing. The company is aiming to commence lithium hydroxide production at the project by the end of 2023 or early 2024 — subject to funding and approvals by the Austrian government and COVID-19 restrictions.

The Wolfsberg Lithium Project is a high-grade lithium project located in Carinthia in Austria. The project is 20 km east of the town of Wolfsberg which is an industrial town with established infrastructure and sources of energy in place. European Lithium has a total of 54 exploration licenses which have been extended until the end of 2024 covering its two identified zones as well as a mining license that may be permanently issued if conditions are met. 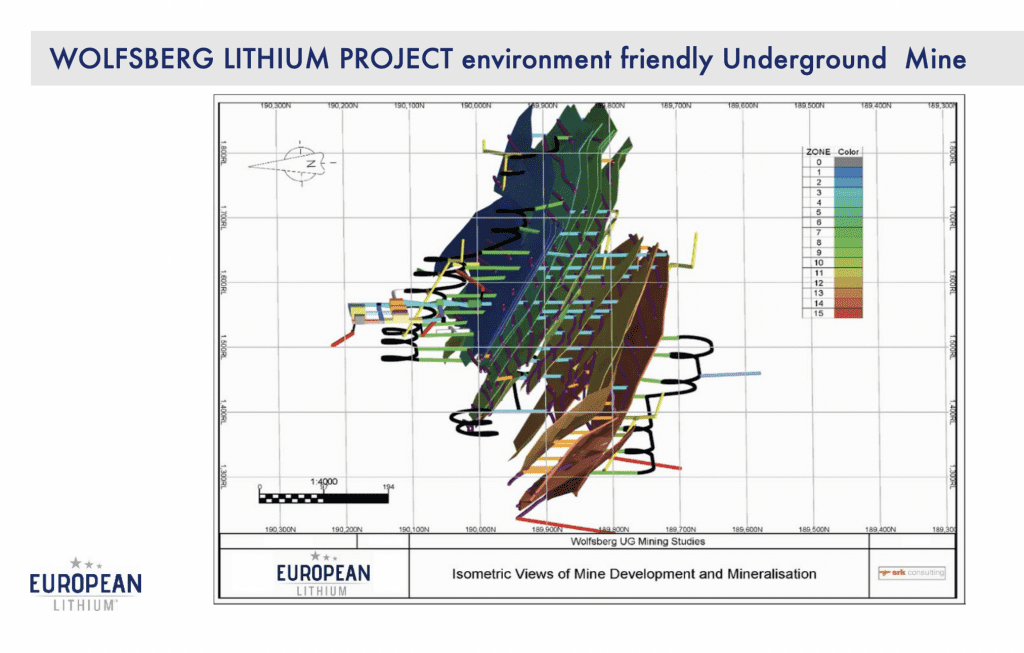 The property is an existing exploration mine with substantial exploration and development work completed by previous owners. These projects were backed by the Austrian government and include extensive metallurgical testing, geological mapping, mining and pre-feasibility studies in the 1980s.

The company recently completed its own positive PFS as well as an extensive assessment. The property features a high-grade lithium resource with an average of 1 percent lithium hydroxide. Additionally, it features a total measured, indicated, inferred and JORC-compliant resource of 10.98 million tonnes of lithium hydroxide in zone 1. 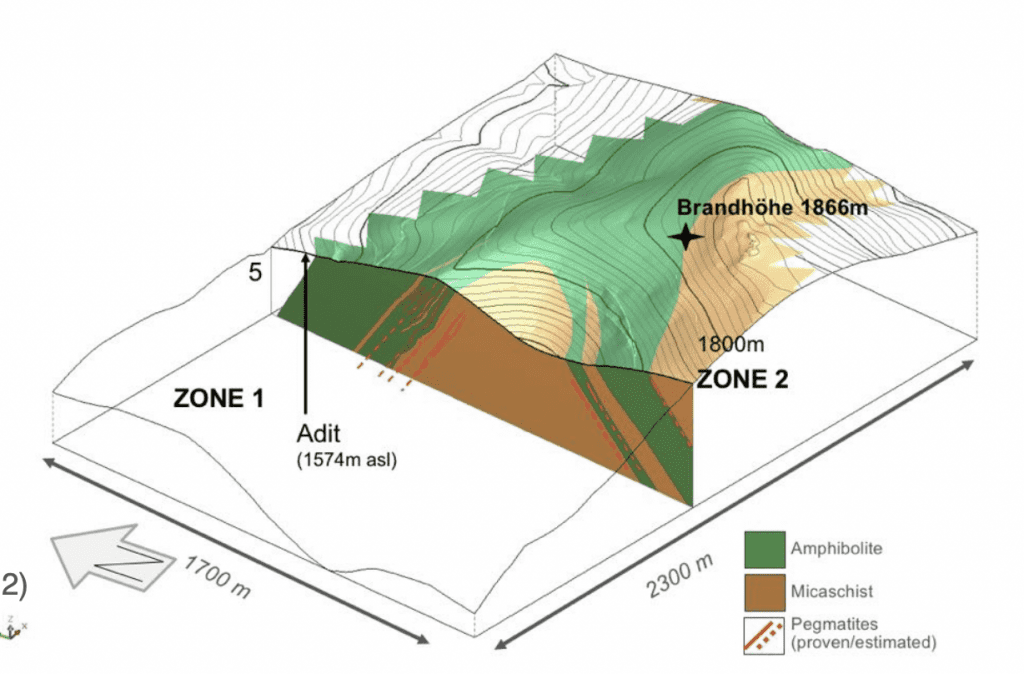 Positive drill results from the 2018 drilling program confirm that zone 2 on the property could mirror zone 1, which would double the project resource. Drilling on the property also revealed grades as high as 2.49 percent of lithium hydroxide.

DFS and resource extension drilling is currently underway for the year ahead and expected to be completed by the end of 2021. Lithium hydroxide production is anticipated to begin by the end of 2023 or early 2024, subject to funding and covid-19 restrictions.

Dietrich Wanke has more than 30 years of experience in management at the operational level for underground and open-cut mines. Wanke has held statutory positions as registered manager under the applicable mining acts in several countries and commodities, most notably gold, silver, nickel, diamonds, coal and iron. Wanke has lived and served professionally for mining operations in Germany, Australia, Indonesia, Papua New Guinea and Sierra Leone.

Wanke has managed mining operations through all phases, starting from greenfield exploration to full-scale production as well as extension of existing mines. Wanke currently holds a position as general manager for Marampa Iron Ore in Sierra Leone and has worked in the past as general manager for Tolukuma Gold Mines in Papua New Guinea, mine manager for Atlas Iron in Western Australia, technical services manager for Thiess (hard coal) in…