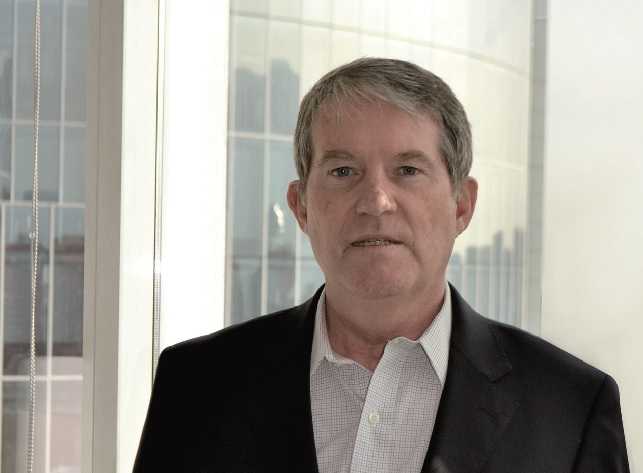 While Chile is analyzing speeding up the retirement of coal-fired plants from the electricity matrix, new opportunities are emerging to help the country manage to operate a system largely composed of variable wind and solar production in a safe and affordable manner.

A new report by Wärtsilä Energy proposes the country advance the decarbonization target from 2040 to 2030, a middle ground that considers both climate ambition and the stability and security of energy supply.

BNamericas previously reported that a bill that prohibits the operation and construction of coal-fired power plants after 2025 is currently under discussion in the senate.

But the 2030 target could be achieved without significantly increasing electricity costs, according to the report, while reducing emissions from the country’s electric power sector by 85%.

According to Wärtsilä Chile CEO Alejandro McDonough, key to the decarbonization process is to ensure investments are made to build a system that supports growing wind and solar energy participation.

BNamericas spoke with McDonough, one of the report’s authors, to discuss the potential for an accelerated energy transition process.

BNamericas: How does Chile’s transition to carbon neutrality compare to processes Wärtsilä studied in Germany, India, or California? Which advantages or disadvantages did you find?

McDonough: Wärtsilä has been modeling systems around the world for over 10 years using different tools. Plexos is a computer system that we use to incorporate the variables of the system and project the evolution of different scenarios, in all cases exploring the growing participation of renewable energies. Lately, we are also looking toward a carbon neutrality scenario.

The advantages of Chile are quite evident, above all the physical part: Chile’s resources in the north, the intense solar radiation, unique in the world, and its great wind potential in the south, add to the installed hydroelectric energy base and geothermal and tidal capacity.

There is enormous potential, and that is one of the great peculiarities of Chile compared to the other countries we have analyzed.

Another very important aspect is the success of some windows [of opportunities that were] opened for renewable energies to become competitive.

Some years ago, the tenders of the distributors, which must necessarily contract long-term energy, were modified. These tenders previously required 24h supply. A substantial change in the market, and which was a great driver for renewable energies, was the partialization of the day into hourly blocks. This way, the entry of mainly solar energy [was enabled], which, with help of the 8-5pm time block, had a schedule to show off, so to speak. This was a great success.

It does not have to do only with resource quality, but with an opening of the market in that direction. This simple modification boosted renewable energy five or six years ago.

BNamericas: In its report, Wärtsilä proposes bringing forward the retirement of coal-fired plants, but from 2040 to 2030, not 2025, as in a bill under discussion in the senate. Is this five-year difference significant?

McDonough: We all want [the matrix] to be decarbonized as soon as possible, and not only withdraw the coal plants but also the diesel plants, which are highly polluting, and leave all the space for renewable energy.

The point is that not doing it with the proper prior installation, the proper preparation, can be very counterproductive. We bet on 2030 as a possible scenario and for that, investments must be made.

The energy matrix today works with installed 10,000MW of renewable energies, 5,000MW of coal, and another 4,000MW of gas, with combined cycles and open cycles. During daytime, solar plants supply everything they can.

But at night we need backup, a balance for that energy that is not going to be there. And that balance today is mainly provided by [coal plants], which have a major flaw: They don’t have the flexibility to start and stop quickly, so when [they] start, it takes two, three days, and stoppage has to follow a sequence; it cannot be immediate. For this reason, the [coal plants] remain working. This is how the system works today.

And we believe that there must also be transmission line installations, because the power generation points are not the same as the ones we have today. They are in the middle of the Atacama desert, or in places far from where the energy producing units are, on the coast, where the coal plants are.

Somehow, Chile must be rewired: make robust systems to evacuate energy from the north to the center, from the south to the center as well, to supply energy to the main demand sources from places where renewable energy is being generated.

We are aiming for this: Premature retirement of coal plants causes great damage, and we do not believe that 2025 is the date. We see it very inconvenient that 2025 is promoted without first making the investments. That is the critical path.

Once the investments have been made, the coal-fired plants can be disconnected. This means installing many flexible batteries and gas-based generation systems, engines that can start and stop very quickly, in a matter of minutes, and stop completely in a minute.

BNamericas: The report also mentions Chile’s thermal plants, including combined cycles, are not necessarily the most suitable for variable energy. Which alternatives exist?

McDonough: Combined cycles, when using a gas turbine, by their nature and to achieve efficiencies, handle high temperatures, reaching about 1,500°C in the combustion chamber. Upon start-up, they rise from 40°C to 1,500°C in an hour or two. This causes enormous thermal and mechanical stress. They are not the right elements to provide flexibility, not the gas turbine and even less the combined cycle.

This has been seen in the system and there is empirical evidence of combined cycle plants that are very flexible. But at a time of having to balance renewables, the maintenance and start-up costs are so high that it does not make sense. Gas engines, on the other hand, which we make and use a lot in Britain, in the US, are more similar to a car engine. They are designed to start and stop quickly.

BNamericas: Are special regulations needed to encourage the installation of gas engines and battery storage?

McDonough: Flexibility is not being paid adequately today. Regulatory changes are taking place, for example the regulation of sufficiency power that is in public consultation, but these attributes are not adequately remunerated.

What has been said at the sufficiency power roundtable in which we participate is that this will be dealt with in a second regulatory chapter, which is flexibility. We believe it is necessary to regulate or give price signals so that there are people who can safely invest in these types of initiatives.

Some say the ancillary business could be remunerative, but as it works today, that market is 100% merchant, and it is difficult to put a large investment solely at market risk. Stability or adequate pay signals are needed to make these plants profitable. In that sense, these are missing.

BNamericas: Prices are crucial for decarbonization. So how can this technological change be managed, with all the needed investment, without significantly impacting energy prices?

McDonough: If you think about the price of energy and ask yourself, what are we paying today? We are paying for coal and gas in the form of base energy, unlike what we propose, which is to pay for gas only when the system needs it, not 24 hours a day.

The system projected toward 2030 would be working with a large amount of renewable energies that have no variable cost. What you have to pay is the…